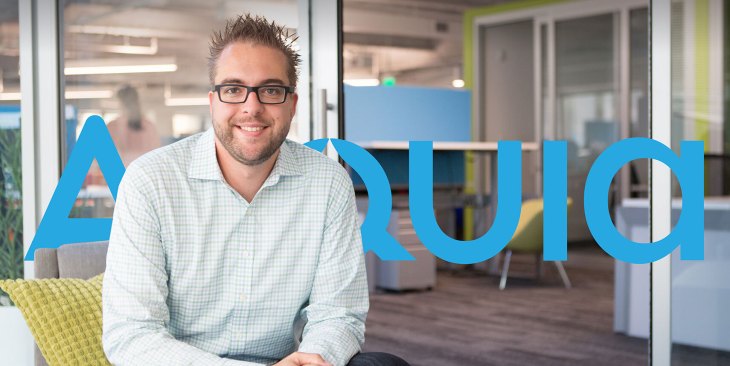 Twenty years ago Drupal and Acquia founder Dries Buytaert was a college student at the University of Antwerp. He wanted to put his burgeoning programming skills to work by building a communications tool for his dorm. That simple idea evolved over time into the open-source Drupal web content management system, and eventually a commercial company called Acquia built on top of it.

Buytaert would later raise over $180 million and exit in 2019 when the company was acquired by Vista Equity Partners for $1 billion, but it took 18 years of hard work to reach that point.

When Drupal came along in the early 2000s, it wasn’t the only open-source option, but it was part of a major movement toward giving companies options by democratizing web content management.

Many startups are built on open source today, but back in the early 2000s, there were only a few trail blazers and none that had taken the path that Acquia took. Buytaert and his co-founders decided to reduce the complexity of configuring a Drupal installation by building a hosted cloud service.

That seems like a no-brainer now, but consider at the time in 2009, AWS was still a fledgling side project at Amazon, not the $45 billion behemoth it is today. In 2021, building a startup on top of an open-source project with a SaaS version is a proven and common strategy. Back then nobody else had done it. As it turned out, taking the path less traveled worked out well for Acquia.

Moving from dorm room to billion-dollar exit is the dream of every startup founder. Buytaert got there by being bold, working hard and thinking big. His story is compelling, but it also offers lessons for startup founders who also want to build something big.

Born in the proverbial dorm room

In the days before everyone had internet access and a phone in their pockets, Buytaert simply wanted to build a way for him and his friends to communicate in a centralized way. “I wanted to build kind of an internal message board really to communicate with the other people in the dorm, and it was literally talking about things like ‘Hey, let’s grab a drink at 8:00,’” Buytaert told me.

The resulting product served its purpose well, but when graduation beckoned, Buytaert realized if he unplugged his PC and moved on, the community he had built would die. At that point, he decided to move the site to the public internet and named it drop.org, which was actually an accident. Originally, he meant to register dorp.org because “dorp” is Dutch for “village or small community,” but he mistakenly inverted the letters during registration.

Buytaert continued adding features to drop.org like diaries (a precursor to blogging) and RSS feeds. Eventually, he came up with the idea of open-sourcing the software that ran the site, calling it Drupal.

About the same time Buytaert was developing the basis of what would become Drupal, web content management (WCM) was a fresh market. Early websites had been fairly simple and straightforward, but they were growing more complex in the late 90s and a bunch of startups were trying to solve the problem of managing them. Buytaert likely didn’t know it, but there was an industry waiting for an open-source tool like Drupal.

Ammonia May Lurk in the Ice of Saturn’s Moons, a Clue to Possible Oceans

Rocket Lab to go public via SPAC at valuation of $4.1 billion – TechCrunch

Axonius nabs $100M at a $1.2B valuation for its asset management cybersecurity platform – TechCrunch